Does Exercise Slow the Aging Process? 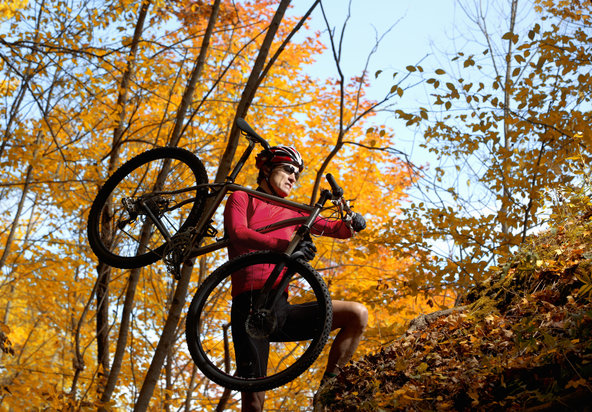 PHYS ED
Gretchen Reynolds on the science of fitness.

Almost any amount and type of physical activity may slow aging deep within our cells, a new study finds. And middle age may be a critical time to get the process rolling, at least by one common measure of cell aging.

Dating a cell’s age is tricky, because its biological and chronological ages rarely match. A cell could be relatively young in terms of how long it has existed but function slowly or erratically, as if elderly.

Today, many scientists have begun determining a cell’s biological age — meaning how well it functions and not how old it literally is — by measuring the length of its telomeres.

For those of us who don’t know every portion of our cells’ interiors, telomeres are tiny caps found on the end of DNA strands, like plastic aglets on shoelaces. They are believed to protect the DNA from damage during cell division and replication.

As a cell ages, its telomeres naturally shorten and fray. But the process can be accelerated by obesity, smoking, insomnia, diabetes and other aspects of health and lifestyle.

In those cases, the affected cells age prematurely.

However, recent science suggests that exercise may slow the fraying of telomeres. Past studies have found, for instance, that master athletes typically have longer telomeres than sedentary people of the same age, as do older women who frequently walk or engage in other fairly moderate exercise.

But those studies were relatively narrow, focusing mostly on elderly people who ran or walked. It remained unclear whether people of different ages who engaged in a variety of exercises would likewise show effects on their telomeres.

So for the new study, which was published this month in Medicine & Science in Sports & Exercise, researchers from the University of Mississippi and University of California, San Francisco, decided to look more broadly at the interactions of exercise and telomeres among a wide swath of Americans.

To do so, they turned to the immense trove of data generated by the ongoing National Health and Nutrition Examination Survey, for which tens of thousands of adults answer questions annually about their health, including their exercise habits, and complete an in-person health exam, providing a blood sample.

In recent years, those blood samples have been tested for, among other markers of health, telomere length in the participants’ white blood cells.

The researchers gathered the data for about 6,500 of the participants, ranging in age from 20 to 84, and then categorized them into four groups, based on how they had responded to questions about exercise.

Those questions in this survey tended to be broad, asking people only if, at any time during the past month, they had engaged in weight training, moderate exercise like walking, more vigorous exercise like running, or have walked or ridden a bike to work or school.

If a participant answered yes to any of those four questions, he or she earned a point from the researchers. So, someone who reported walking received a point. If he also ran, he earned another, and so on, for a maximum of four points.

The researchers then compared those tallies to each person’s telomere length.

And there were clear associations. For every point someone gained from any type of exercise, his or her risks of having unusually short telomeres declined significantly.

Specifically, someone who participated in a single activity, earning them a 1, was about 3 percent less likely to have very short telomeres than someone who didn’t exercise at all.

Interestingly, these associations were strongest among people between the ages of 40 and 65, the researchers found, suggesting that middle age may be a key time to begin or maintain an exercise program if you wish to keep telomeres from shrinking, says Paul Loprinzi, an assistant professor of health and exercise science at the University of Mississippi. He was a co-author of the study with Jeremy Loenneke, also of the University of Mississippi, and Elizabeth Blackburn, a professor at the University of California, San Francisco, who shared a Nobel Prize in 2009 for the discovery of the molecular nature of telomeres.

However, as Dr. Loprinzi points out, this study is purely associational, so cannot show whether exercise actually causes changes in telomere length, only that people who exercise have longer telomeres.

The study also couldn’t tease out the ideal amount of exercise for telomere maintenance, Dr. Loprinzi say, because the survey asked only whether someone exercised at all, not how frequently.

Perhaps most important, the results don’t tell us whether longer telomeres translate into better health. But, Dr. Loprinzi says, other studies, including from his lab, “have shown that telomeres are predictive of mortality,” with shorter telomeres equating to shorter lives.

So the message seems clear, he says. “Exercise is good” for your cells, and “more exercise in greater variety” is likely to be even better.