How the food industry spins science to fit its agenda

Scrutiny of food industry practices and unhealthy products has ramped up over the last decade thanks to the tireless work and vigilant eyes of public health and nutrition advocates. While this is good news for the public, it’s not a rosy outlook for the food industry and its bottom line. In an effort to combat these advocacy efforts, the industry has honed two skills: sponsoring research and spinning science.

Sponsored research provides the food industry with two benefits. First, it creates an opportunity to frame science in a way that is beneficial to their product line and simultaneously deflects criticism. Second, it provides an easy bibliography that the industry can tap into the next time it is criticized. Recently, the Public Library of Science Medicine published a research article titled “Financial Conflicts of Interest and Reporting Bias Regarding the Association between Sugar-Sweetened Beverages and Weight Gain: A Systematic Review of Systematic Reviews.”

More importantly, “the interests of the food industry (increased sales of their products) are very different from those of most researchers (the honest pursuit of knowledge).” Consequently, the authors write that “clear guidelines and principles (for example, sponsors should sign contracts that state that they will not be involved in the interpretation of results) need to be established to avoid dangerous conflicts of interest.”

The spinning and reframing of existing science is just as problematic and pervasive as the funding of new research.

General Mills’ Bell Institute – which claims to be “committed to supporting the work of health professionals by sponsoring educational efforts and developing not only patient education materials but also continuing education programs to advance the knowledge of health and foodservice professionals” – has plenty of research on whole grains, but conveniently doesn’t address the fact that the company’s whole grain offerings also contain added sugar and are processed to such a degree that they require enrichment and fortification. Whole grain is the first ingredient in General Mills’ Cookie Crisp cereal, but that does not make it comparable to a bowl of oatmeal.

Coca-Cola’s Beverage Institute for Health & Wellness website houses a page titled “Understanding Caloric Sweeteners & Health.” In an attempt to deflect blame and make soda appear somehow wholesome (which the soft drink industry desperately needs, since soda sales have been in freefall for a decade), the website makes the following claims:

1) “Studies show that under some circumstances, intake of sugars can boost performance on cognitive tasks.”

Although Coca-Cola is always quick to point out that sugar is found all over the food supply (i.e.: “don’t blame soda for Americans’ sugar intake”), it presents its sugar-sweetened beverages as the first option people should consider to boost performance on cognitive tasks. Never mind the fact that sugars can also be obtained from whole fruit. Does Coca-Cola expect health professionals to start recommending sips of soda for a brain boost?

2) “The U.S. Institute of Medicine found that very high and very low intakes of added sugars were associated with lower micronutrient intakes. The report suggested an intake level of 25 percent or less of calories (energy) from added sugars in the total diet based on data showing decreased intake of some micronutrients in some population groups exceeding this level.”

This is misleading and irresponsible fear-mongering, which attempts to argue that cutting back on added sugar could hinder nutrition. What the Institute of Medicine actually says:

3) “The causes of diabetes continue to be a mystery.”

While a multitude of factors can increase risk for the development of Type 2 diabetes, a significant body of research has demonstrated that increased intake of sugar-sweetened beverages is linked to a higher risk of developing certain chronic diseases, including Type 2 diabetes.

More often than not, industry encroaches on science out of a public relations-driven effort to engage in damage control, particularly when consumption of, or consumer trust in, brands and products begins to dwindle. Considering that the industry provides continuing education for various health professionals, including dietitians, its carefully constructed science narrative is troubling since it has the potential to reach millions and be repeated by individuals who are seen as authority figures by patients and clients. 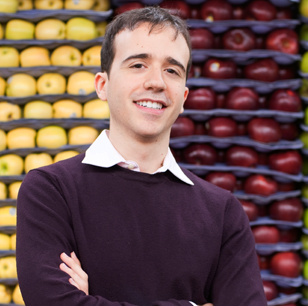