Riboflavin (vitamin B2) gets its name from its content of ribitol, a sugar alcohol that occurs in plants, and its yellow color – “flavin” in Latin means “yellow.”

Vitamin B2 is extremely sensitive to light, so foods supplying it should be stored in dark areas or containers to preserve their nutrient content.

Read more about the role of vitamin B2 in your health, and what foods you should be eating to get it. 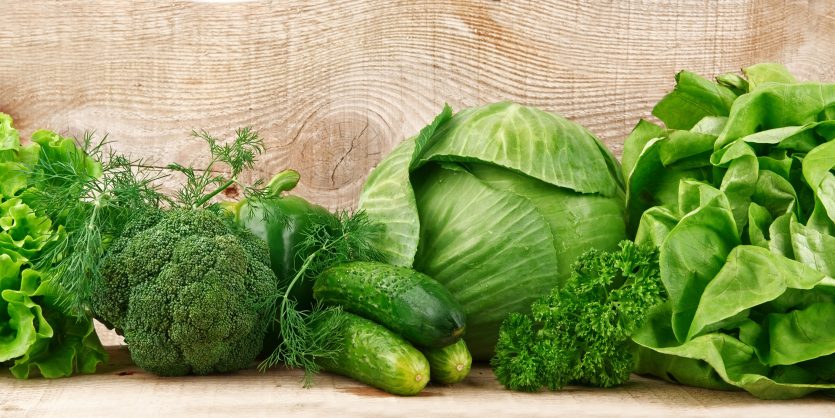 Vitamin B2 (also known as Riboflavin) is all about energy. And it does its job as a coenzyme that catalyzes redox—short for reduction/oxidation—reactions. They move electrons between different molecules during a chemical reaction.

All redox reactions require a molecule with extra electrons. You may be familiar with the redox reactions that happen between antioxidants and free radicals. The same mechanics of electron transfer are at work here, for a different purpose—energy.

Riboflavin is part of two energy-catalyzing coenzymes: flavin adenine dinucleotide (FAD) and flavin mononucleotide (FMN). Memorizing the names aren’t as important as knowing the coenzymes’ ability to donate an electron in reactions help your body produce energy from your diet.

As your body breaks down food, it breaks the chemical bonds. One result of breaking these bonds is the release of electrons. One of riboflavin’s jobs is to capture these electrons and help squeeze every last bit of energy out of it so your body can put it to work.

Vitamin B2 doesn’t just aid in the metabolism of glucose, amino acids, and fatty acids. Riboflavin also helps your body metabolize drugs and steroids, and helps convert tryptophan to niacin.

Riboflavin deficiency shows up alongside deficiencies in other B vitamins, particularly niacin and pyridoxine. Athletes, alcoholics, and pregnant women are at higher risk for deficiency. But riboflavin is widely available in the diet, with no oral toxicity reported.

Niacin, like many of its B-vitamin brethren, is essential for energy production. So, it helps turn the food in your gut into the energy your cells and body need to function.

NAD and NADP are very similar in function to the coenzymes in which riboflavin is involved. They spark the transfer of electrons in redox reactions, especially during the molecular breakdown of macronutrients. Do you see another common theme here? Electron transfers provide a lot of the energy your body uses. And B vitamins—including niacin—play important roles in these processes.

If you don’t get enough niacin and niacinamide (a niacin derivative) you’re in danger of developing pellagra. But niacin is widely distributed in plant and animal foods, and vitamin B3 intake is essentially non-toxic below 50 mg a day.

You aren’t alone in needing pantothenic acid—also known as vitamin B5. It’s essential for all mammals. This water-soluble nutrient is synthesized by plants and bacteria. It’s the primary precursor to one of the most important coenzymes in your body—coenzyme A.

You’ll find the vast majority (95 percent) of your coenzyme A in cellular mitochondria (the cell’s power plant). Vitamin B5, as part of coenzyme A, is required to produce energy from dietary carbohydrates, fat, and protein. This role in energy metabolism is fairly complex—involving several chemical cycles. But it’s very similar to the way other B vitamins participate in energy production. If you’d like to dig deeper, take a look at how the Krebs cycle works.

Coenzyme A also needs to be present for reactions that include synthesis of cholesterol, hormones, vitamin A, vitamin D, and melatonin (the sleep hormone). Vitamin B5 is also involved, through coenzyme A, in your liver’s breakdown of toxins.

Pantothenic acid is pretty easy to find in nature, so deficiency is incredibly uncommon. And you don’t have to worry about oral toxicity. None has been reported in humans.