Why “Eat Less, Move More” Is the Least Helpful Diet Advice Ever

If you’re overweight, you’ve probably heard the adage just “eat less, move more.” Unfortunately this saying will do nothing to help you progress. Here’s why.

At its most basic, weight loss is about “eating less and moving more.” Weight is lost when you expend more calories than you consume. This is known as creating a caloric deficit. However, this is where the simplicity ends. Dr. Spencer Nadolsky, a physician that specializes in treating patients with obesity, summarizes:

“Eat less, move more” is the advice professionals have been giving for years. This advice doesn’t work though. Yes you have to do those things but telling people to do that in of itself is useless. There are strong biological/environmental factors at play working against that very advice. Having obesity isn’t just some decision that people wake up and decide on.

The truth is that the phrase “eat less, move more” is harmful. The human body is a complex system of mechanisms, and while it’s tempting to view it as a machine, the way it regulates weight simply isn’t addressed by “calories in vs. calories out.” There are countless amounts of physiological, psychological, and environmental factors at play. Obesity is not just a choice that one makes.

Now, don’t interpret this as “you’re not in control so don’t even worry about it.” The difficulty of weight loss should not be an excuse not to improve. On the contrary, you should use this information to understand the setbacks, and help you overcome them in order to become the best version of yourself.

The Over-Reliance of Willpower 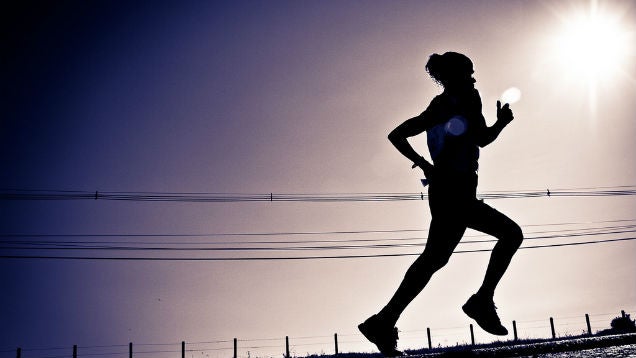 “Eat less, move more” implies that fitness is simply a matter of willpower—that one has to simply put in the effort in order to get fit. Failure to do so is simply a lack of trying.

The truth is that when it comes to fitness, people over-rely on willpower, because willpower is a finite resource*. In the long term, no amount of willpower alone will drag you out of bed every morning to run if you hate running. Nor will it help you gag down florets of broccoli if you’ve always viewed them as small satanic (albeit edible) Treebeards for no reason.

*There’s relatively recent research to suggest that the concept of willpower may just be in your head. This is just one data point out of tons of research on the subject. Regardless, it still makes sense to believe that willpower is finite.

What happens when we rely on willpower? Let’s use the case study by nutrition experts Alan Aragon and Lou Schouler, from our article on setting a target bodyweight:

Let’s take a fictional character named Dan, who weighs 240 pounds, decides it’s time for a change. Dan buys a bestselling diet book (that is, one not written by us), and resolves to follow the book’s sample diet to the letter. He doesn’t know that the sample diet is just 1,300 calories a day, or that it’s less than half what he typically eats. Nor does he have a firm target weight in mind. He just wants to lose weight—the faster the better.

The pounds seem to fly off Dan’s body at first—24 pounds in just six weeks. His wife jokes that he loses a pound every time he takes a shower. In another month Dan figures he’ll be under 200 pounds for the first time since his freshman year in college.

But there’s something Dan doesn’t know: his diet has already failed him. Because he’s hungry all the time, his adherence gets a little worse every day. And because he’s been over 200 pounds his entire adult life, Dan’s metabolism fights back. His NEAT (Non-Exercise Activity Thermogenesis) has already declined, and with the loss of lean tissue, his resting metabolism has also downshifted. By the time Dan finally concedes that he’s no longer following the diet, he’s regained some of the weight, and his body is primed to regain the rest, plus a few extra pounds. That’s what happens when you toss a firecracker into the hornet’s nest of homeostasis.

In the above example, Dan is waging a war on his body’s natural homeostasis—the tendency to maintain its long term equilibrium. What Dan doesn’t know is that rapid weight loss like this leads to plummeting level of leptin, a hormone that regulates one’s weight.

When you lose weight, leptin levels decrease, which leads to an increase in hunger and a decrease in metabolic rate. Similarly, when you eat a lot, your appetite should decrease. Combined, the effects are supposed to allow you to achieve a somewhat stable weight.

However, this has an implication for weight loss: your body will fight back proportionately against your success. The more aggressive the weight loss, the harder your body will push back—and the harder it will be to succeed. You may coast off the success of the first few weeks, but with each passing day you’ll utilize more willpower just to stay “good.”

Dan is relying on willpower. He’s trying to battle nature by eating less and moving more. In the battle of nature vs. willpower, nature always wins. 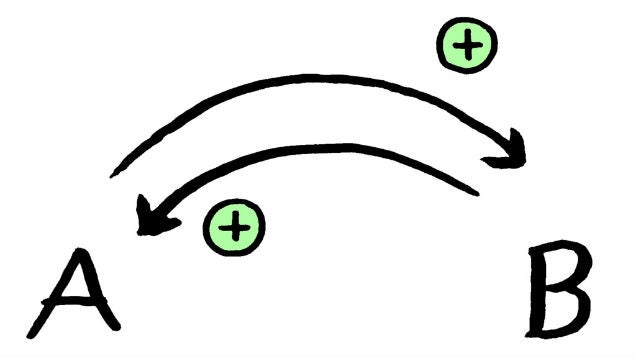 Success doesn’t come from willpower, but creating a maintainable, positive feedback loop—a motivation machine that says “the results that I get out are worth more than the effort that I’m putting in.” When it comes to staying motivated and sticking to your fitness program, this is the only thing that really matters.

Dan may have created a positive feedback loop at the start, but it was unsustainable. He probably got extremely hungry and found it increasingly difficult to lose weight. Undoubtedly, life also got in the way. At this point, his feedback loop became unsustainable. What Dan probably chalked up to lack of motivation was quite simply the inevitable inability to sustain this feedback loop, thanks to lots of physiological and environmental factors.

No one can rely on willpower forever. Willpower is the ignition that gets a car started, not the gasoline that keeps it moving. It should be protected at all costs through the creation of habit and the motivation-perpetuating positive feedback loop.

That’s why it pains me to see people who want to lose weight, then do meaningless things for fitness—say cutting back on sodium, or making it a point to “run every morning”. Sure, they may sound like healthy activities, but many times the opposite is true. We’ve already talked about the relative unimportance of exercise when it comes to weight loss. Tack on a diet of only low-sodium foods (which doesn’t really do anything by the way) and you have a whole lot of pain for very little reward.

Painful activities that don’t yield a return are in fact “unhealthy” in the long run if they utilize willpower but don’t yield a substantial return on results. The act of reducing sodium, eating “organic”, and “moving a little bit every day” (just for the sake of it) can actually prevent you from creating a healthy lifestyle.

Hate running? Then don’t run. Don’t like giving up pizza? Then figure out a way to fit it into your diet. Don’t like salads? Get your vegetables elsewhere.

By understanding that “eat less, move more” isn’t the answer, you can learn that fitness is a skill, not a talent, and develop it as such. Most importantly, you can forgive yourself for the times in the past that you’ve failed and renew your motivation to keep trying.