Project Body Smart | How Bad do you want that six pack?
7519
post-template-default,single,single-post,postid-7519,single-format-standard,ajax_leftright,page_not_loaded,,no_delay 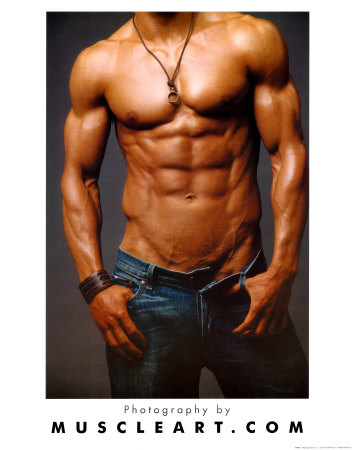 How Bad do you want that six pack?

15 Things You Should Know Before Trying To Get Shredded Abs

Here’s everything the infomercials won’t tell you.

Everyone has their own unique goals for their health, wellness, and body. Some of those goals might have to do with body composition (whether for health or aesthetics). Not everyone cares about having a six-pack and that’s just fine. But if you do or are curious about how it’s done we wanted to provide the real deal, expert- and science-backed info on how to do it, free of promises about big body changes in a short period of time.

1. First things first: A six-pack is just a muscle that runs the length of your abdomen.

Meet the rectus abdominis aka the abs aka the long, flat muscle that runs vertically down the human abdomen. It’s part of the core, or the muscles in the center of the body. These core muscles — including your abs — stabilize us while we’re standing, control the head, neck, pelvis, and help us perform exercise or any vigorous physical activity from running and jumping to shoveling snow and raking leaves to lifting weights. Basically whether you’re standing still or performing a feat of athleticism, your abs are helping you do it.

2. The way your abs look basically has to do with one thing: how much body fat you have.

“When you see a six-pack it has more to do with leanness. We all have those muscles there,” says Tumminello. Basically, the more fat there is covering muscles, the less definition you can see.

Note that whether or not your abs are a-poppin’ doesn’t say anything about how functionally strong your core is. While having less body fat has been shown to be associated with better health, having a visible six-pack doesn’t necessarily mean you have more core strength or are any healthier than someone whose abs are not cut and visible.

3. For most people the first step will be figuring out how much body fat you’ll need to lose.

To get washboard abs you basically need to greatly reduce the layer of fat around your middle until those abs are visible. The thing is that for people who aren’t naturally lean or already maintaining pretty low levels of body fat, that will require losing a significant amount of fat.

Precision Nutrition reports that on average women in the U.S. have about 40% body fat and men about 28%. This is not only beyond the range of what would be considered healthy (which would be more like 11–22% for men and 22–33% for women), but it’s also significantly higher than the range you’d need to maintain for a visible six-pack, which is about 10–12% for men and 18–22% for women, says St. Pierre.

Basically, Tumminello explains, you want to shed body fat, which you can do by creating a caloric deficit, or eating fewer calories than necessary to maintain your current weight. To determine a ballpark for how many calories you should eat per day for your body composition goals, you can use this online calculator.

From there you will do some trial and error to make sure you are eating enough to have energy for life and exercise but are still losing fat at a reasonable (i.e., not too fast) rate.

It’s important to keep muscle because it’s better for your metabolism, for your health, and in this case for your abs having a chance of showing. You can determine your body fat percentage a few different ways — like using an online calculator paired with some body measurements or you can get a scale that measures body fat, like theWithings scale.

BuzzFeed Life reported previously on how to tweak your diet, workouts, and lifestyle to maximize loss of body fat specifically.

6. You’ll also have to get serious and specific about full-body strength training.

Gentilcore recommends about five days of exercise per week. An ideal program would be three days of full-body strength training that focuses on compound movements (like squats, deadlifts, chin-ups, rows, pressing, etc.) and ends with about 10 minutes of high intensity work as a “finisher.” Two days per week should be for lower-intensity, steady-state cardio exercise — running, rowing, swimming, elliptical, whatever you prefer.

Though Gentilcore is partial to the workout plan described above, he says that “what’s going to work best is anything people will adhere to and stick with long-term.” Whether that means CrossFit, Zumba, or kickboxing matters less than actually doing it consistently.

Tumminello’s book Strength Training for Fat Loss is a great primer on how to do strength training to maximize fat loss with high-intensity, full-body weightlifting.

7. And you’ll also have to do some training specifically for your abs.

In addition to your full-body strength training to gain muscle and reduce fat, you should also do exercises focused on your abs. Though it’s not possible to spot-reduce fat (i.e., target a specific part of the body for fat loss like doing crunches for less belly fat), you can “spot-enhance,” says Tumminello. “You can make muscle increase in density and size to bring them out more. You can create more developed, blockier looking abs.”

But to do that, in addition to reducing the fat that’s covering them up, you need to do abs exercises that really and truly challenge and overload your abs — more on how to that below.

8. But you can’t just do a million sit-ups, crunches, and planks to get bigger abs.

If you’ve ever seen someone banging out hundreds of reps of sit-ups and crunches you know exactly what not to do if you want a six-pack. Tumminello points out that training the abs should be like training any other muscle you want to get bigger. This means challenging your muscles with different kinds of workouts — some where you do more reps with lower weights, others where you do fewer reps using heavier weights — causing your muscles to overload, and then resting and recovering from your workouts adequately, all of which when taken together cause muscles to grow. Tumminello says that doing tons of reps of the same movement over and over can also cause injury and will not aid your goal of getting your abs to get bigger.

9. Start doing rollouts and pikes with a Swiss ball.

Tumminello says that abs exercises that also activate the shoulders or hips have been shown to be the most effective at activating the ab muscles.

His favorite two exercises for abs (also shown in a small study to beat out crunches and sit-ups in terms of how much they activate the abs) are the Swiss ball rollout and Swiss ball pike. Both are shown above and you can learn to do them both here.

10. Get ready to spend a lot of time thinking about and preparing food.

If you run the numbers and determine that you have long way to go body fat–wise to get to popping absville, your first task will probably be learning a bunch of fundamentals about food and eating, says St. Pierre, and getting very into meal prep. “If someone had a long way to go, first we would master the nutrition fundamentals, piece by piece — building awareness of hunger and fullness cues, eating mindfully, getting adequate amounts of quality sources of lean protein, veggies, quality carbs, and healthy fats, drinking mostly low-calorie beverages, etc.” Once you master some of the basics of eating and nutrition, you’ll start getting into more complicated components of nutrition like macronutrient ratios, meal timing, carb cycling, and more.

This increased complexity and attention to the minutiae of the way you eat are necessary for an advanced body composition goal like getting a six-pack. But, St. Pierre says, “increasing complexity often backfires, as it decreases consistency.” Indeed because maintaining a super-low body fat percentage requires you to stick to your diet almost all the time (more on that later) meal prep is crucial; it ensures that you’ll never have to eat something that can compromise your goals. As a result many people eating for shredded abs spend a ton of time shopping, weighing and measuring, cooking, and portioning out food for meals and snacks. This means less time for other stuff and fewer opportunities to enjoy food and drink not on your plan.

11. And be prepared to stick to your diet basically always and give up certain foods.

For people with the typical health goals — to be in decent cardiovascular health, get stronger, and maintain a weight they’re comfortable with — Tumminello says to eat in a way that matches your goals 85% of the time. And then once every seven or eight meals (the other 15% of the time) don’t worry about your goals and eat what you want.

But for people who want a visible six-pack, Tumminello says that not only is the baseline diet much stricter in terms of both calories and ratio of protein, carbs, and fats, you need to adhere to this diet 90% of the time. This means that for 9 out of 10 meals you’re eating the “proper” foods in the proper amounts.

12. And also know that you’ll have to prioritize rest and recovery, including sleep.

Your muscles don’t grow when you’re lifting weights. They grow when you’re resting and recovering between workouts and the damage you did to them during lifting is being repaired. That’s why taking rest days to truly chill and give your body a time out are crucial when it comes to getting results from your workout. This also means prioritizing sleep and relaxation and choosing, for example, a couple extra hours of sleep over staying up late.

13. All of this together means that your social life will probably take a hit.

Maintaining a strict diet 90% of time is almost definitely going to mean skipping not just favorite snacks or cocktails but also hanging out with friends. Tumminello says, “If we look at the social interactions we all have on a normal basis they’re designed around going out, having drinks and food, eating dessert. Doing that regularly isn’t conducive to physique stuff.”

Unlike the average person who works out for what Tumminello calls “defense,” or exercising so that they can enjoy the food they love without compromising their weight goals too drastically, eating for 10–12% body fat is an “offensive approach.” Every single day you’re thinking about how you can maintain a caloric deficit and get even leaner.

“There are memes that are jokes like ‘No, I can’t go to the movies because I have to go the gym.’ That is really what these people are doing.”

14. Try to be realistic about your expectations and remember that every body is different.

Tumminello points out that the way your abs look isn’t just a matter of body fat. Genetics play a role, too. Some people have blockier, denser abs and others people’s abdomens have a super cut, “shredded” look. If you decide to commit yourself to getting a six-pack, first make sure the timeline by which you’re expecting results is realistic and then remember that all bodies are different even at 10% body fat.

15. Don’t forget to factor in enjoying friends, food, and life when you’re deciding if you want to pursue a six-pack.

“I’d tell anyone who’s remotely interested in getting that lean that it takes a ton of commitment. There’s no skipping workouts, there’s a ton of planning (food prep), and there’s no such thing as ‘Oh, I’ll just have one or two peanut butter cups, and cheat just a little,’” says Gentilcore.